Most people assume the VertuoPlus is better than the Vertuo. I mean, it has "Plus" in the name, doesn't it?

But confusingly, that isn't actually the case!

And a quick look at the Vertuo's slightly higher price tag confirms it.

So, what makes the plain ol' Vertuo better than the newer VertuoPlus? 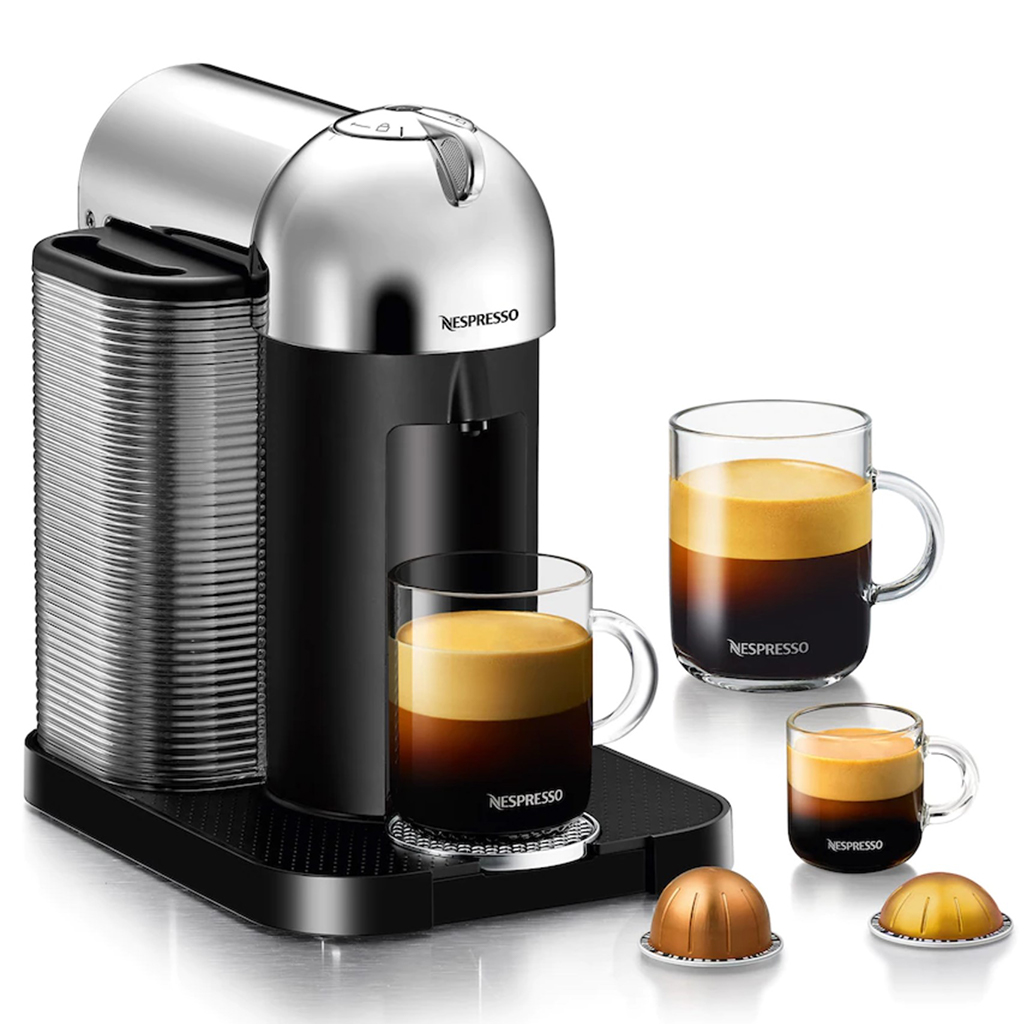 The Bottom Line
Don't let its name fool you. The Vertuo is more advanced than either the VertuoPlus or VertuoPlus Deluxe! Its 40 oz reservoir is so-so but its 1350W heating element leaves you just 15 seconds from brew-ready water.
See it on Amazon →
See it on 1stInCoffee →
See it on →
More Powerful 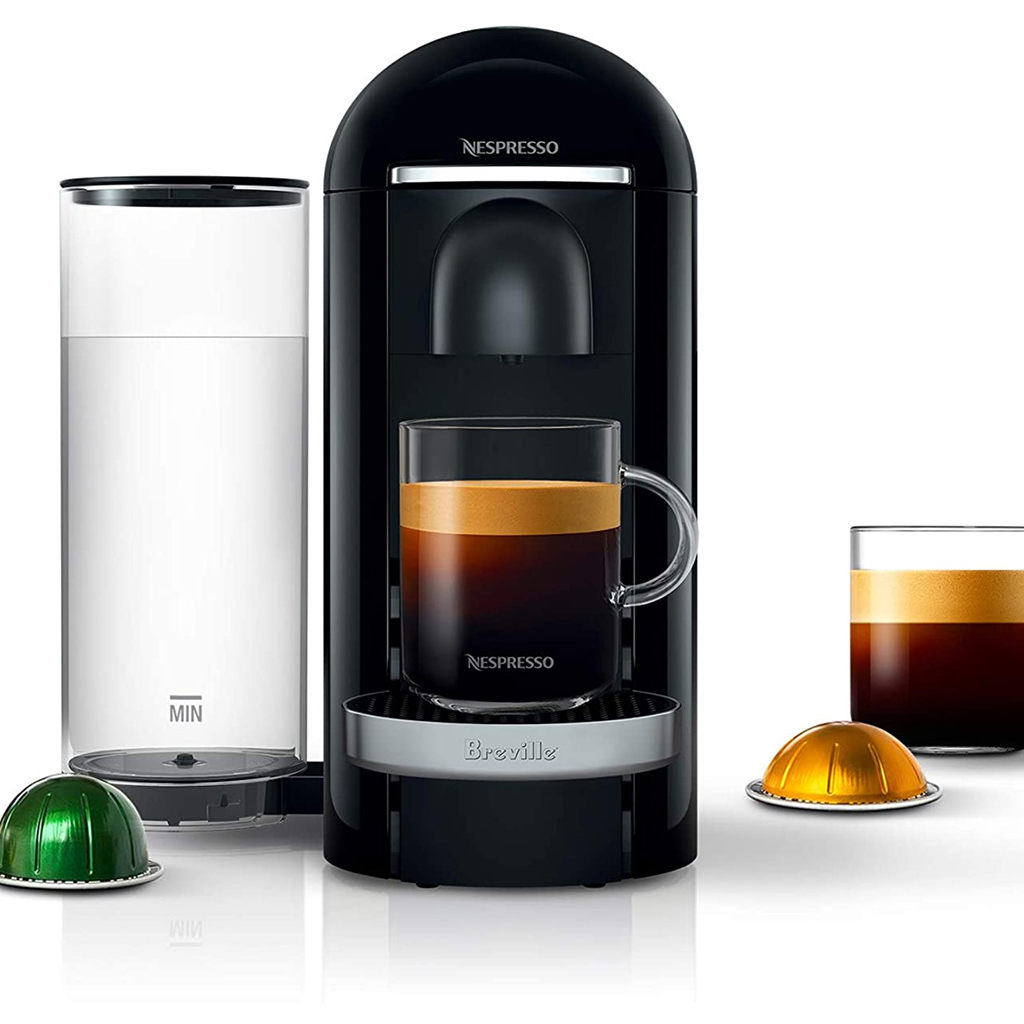 The Bottom Line
Designed for flexibility to brew short espresso to tall coffee, the VertuoPlus is one of Nespresso's 5 VertuoLine models that brews 5 types of capsules for coffees from 0.3-17 oz. Finally, a Nespresso machine for everyone!
See it on Amazon →
See it on 1stInCoffee →
See it on →
More Luxury Features

The Vertuo and VertuoPlus are very similar models, and both are part of Nespresso's VertuoLine series.

Before we identify the differences, let's start with how they're the same:

Note: Centrifusion is sales-speak for the extraction system used on Nespresso's VertuoLine brewers. Instead of extracting coffee via pump pressure, like both OriginalLine machines and standard espresso machines, VertuoLine brewers apply pressure by spinning the capsule rapidly inside the brewing chamber. Even though Nespresso's Centrifusion system can achieve up to 7,000 RPM, I don't feel like achieves the same level of extraction as traditional pump-powered brewers and the resulting coffee isn't quite as hot. However, Centrifusion does produce a much more pronounced (albeit airier) crema, likely because it's been whipped up during the brewing process.

Though both machines are extremely similar in both name and function, there are several small differences that set them apart.

The Vertuo, first released in 2014, is a slightly more powerful yet less "luxurious" machine.

Pros for the older Nespresso Vertuo include the following:

Pros for the newer Nespresso VertuoPlus include the following:

Now, the most important question...

Nespresso Vertuo vs VertuoPlus: Which Is Right For You?

The "Which is right?" question always comes down to your specific needs, preferences, and budget.

In my personal opinion, the upgrades on the newer VertuoPlus are mostly meaningless. I don't really care whether the brewing chamber opens automatically or that I don't have to manually eject each capsule. I'd rather have the power powerful heating element, larger power cord, and larger spent capsule capacity. I also think the Vertuo just looks nicer, but aesthetics are the most subjective part of this whole Vertuo vs VertuoPlus comparison.

If you agree with those points and don't mind the slightly elevated price point, the Nespresso Vertuo is the machine for you.

If you already have a spot picked out on your counter and don't need the extra 4" of cord length or you really like the swivel water tank, then don't hesitate to choose the Nespresso VertuoPlus or the slightly larger VertuoPlus Deluxe.

More Luxury Features
Designed for flexibility to brew short espresso to tall coffee, the VertuoPlus is one of Nespresso's 5 VertuoLine models that brews 5 types of capsules for coffees from 0.3-17 oz. Finally, a Nespresso machine for everyone!
Check it out on Amazon →
Check it out on 1st In Coffee →
Check it out on →