Light Roast vs Dark Roast Coffee: What’s The Difference & Which Is Right for You?

Have you ever had a cup of roast coffee that was too bitter to finish?

Have you ever tried a new brand of coffee beans only to find that it made your stomach upset?

I know I have.

If you wander down the coffee aisle at your local grocery store, you’ll inevitably come across a variety of different coffee labels:

But what do all these labels mean?

And, more importantly, do they actually impact the coffee’s flavor?

In this guide, we’ll compare light roast vs dark roast coffee, the process of roasting coffee, and even throw in a few bonus tips on how to roast coffee yourself.

Before we get into light roast vs dark roast coffee, let’s look at the process from raw coffee cherry to final roasted coffee.

The coffee beans found on your grocery store’s shelves actually start as bright, red berries, which are ideally picked when they’re most ripe.

Coffee farmers use one of two methods to harvest their coffee cherries:

In strip-picking or harvesting, coffee cherries are stripped from the branch regardless of their level of maturity.

Strip-picking can be done one of two ways:

The video below shows strip-picking by hand.

For strip-picking with machinery, there are two ways that can be done:

Canvases spread at the foot of the trunk catch the falling berries which are then taken to be processed.

In selective picking or harvesting, coffee cherries are picked by hand.

Pickers inspect each cherry to ensure they’re picking only those which are at their peak of ripeness.

Once coffee cherries have been picked, the fruit surrounding the bean is removed using either the dry or wet methods.

In the dry method, beans are laid out and left to dry naturally under the sun, with only occasional turning to prevent them from going bad.

The wet method is a bit more complex:

After coffee beans have had their endocarps removed via hulling, they then undergo the process of polishing and, finally, roasting.

Variety is the spice of life. Keep your morning routine (and your coffee) fresh with one of Bean Box's exciting hand-selected, straight-to-you coffee club memberships. 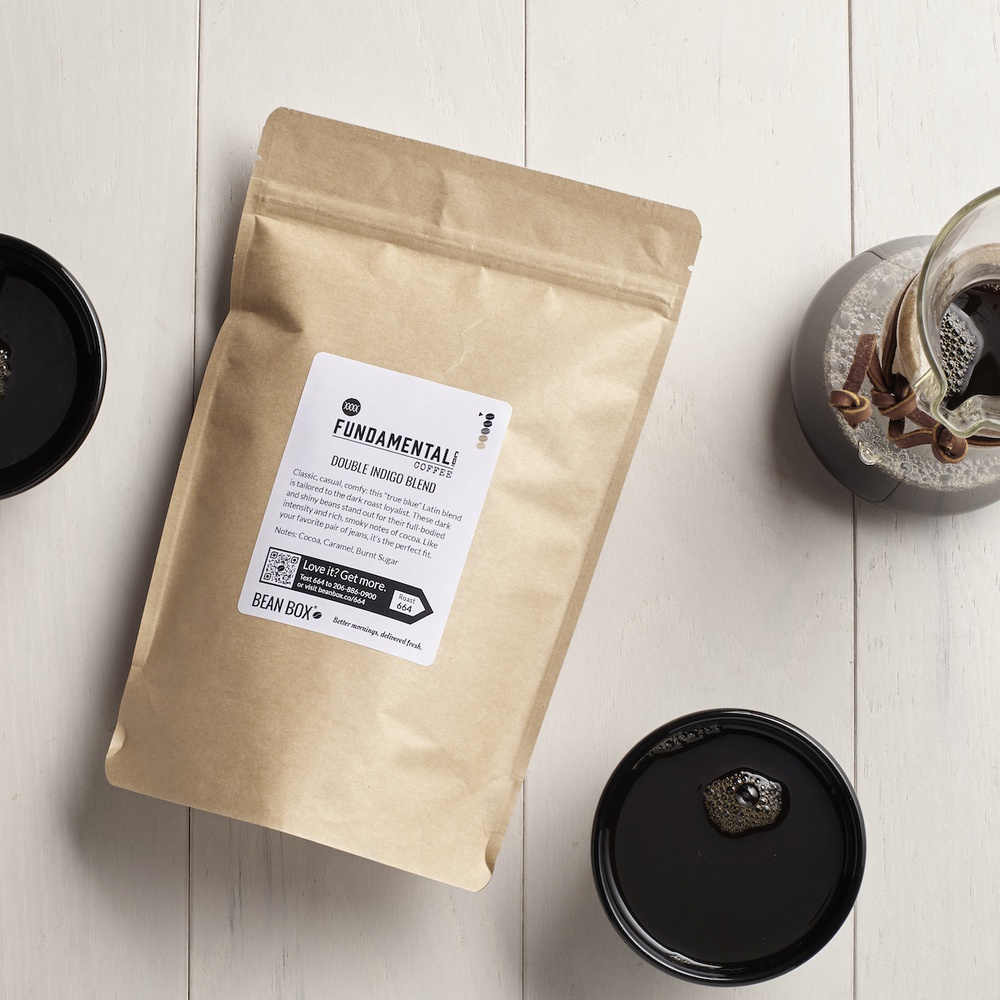 Coffee of the Month Club

Ready to sample the best Seattle has to offer?

The Basics of Coffee Roasting

Before coffee beans are roasted, they are first inspected by hand, to remove any additional debris, and then weighed.

At this point, if you choose to buy beans and roast them yourself, the green coffee beans are packaged and sent to you for home-roasting.

Otherwise, the green beans are placed in a roaster, where the beans’ aroma, temperature, sound, and color are closely monitored to develop the perfect roast.

Light Roast vs Dark Roast Coffee (And a Few in Between)

Let’s finally take a look at 4 types of roasts:

The light roast — also variously labeled as either New England or cinnamon roasts — contains the most caffeine and no oil at the bean’s surface.

Reaching an internal temperature of between 355-400°F, it is light brown in color and has been roasted to either just before or right at the first crack.

In addition to containing the more caffeine than all other roasts, light roasts are also the most acidic. While the brighter notes may be appealing to some, a light roast is most likely to make your stomach upset if you’re someone who has a sensitive stomach.

But since light roasts are exposed to heat for less time, they also retain much of the original bean’s flavor. Also, they will yield a milder cup.

The medium roast — also known as the American, breakfast, or city roast — is a bit darker brown than the light roast.

Like the light roast, there is no oil on the bean. It also contains a bit less caffeine and acidity as it has been exposed to more heat for a longer period of time.

Reaching a temperature of between 400-430°F, it is roasted to the end of the first crack or the beginning of the second.

Overall, the flavor profile is more balanced and full, which makes it one of the most popular roasts in the United States

Once the coffee beans reach a temperature of between 430-450°F, the beans take on a darker brown color right at the beginning or middle of the second crack.

What’s more, the higher temperature brings some of the coffee beans’ natural oils to the surface while also reducing the caffeine content of the roast.

Generally speaking, the flavor profile of medium-dark roasts are sweeter, much less acidic, smokier, heavier, and may contain spice notes.

Typically, you’ll find them variously labeled as a full city roast, after-dinner roast, or a Vienna roast, depending on the point to which they have been roasted.

The dark roast — also known as a French, espresso, or Italian roast — reaches temperatures of over 450°F, which happens roughly at the end of the second crack.

While some roasters choose to go beyond 465°F, they must stop at 482°F. That is, unless they’re going for a French or Turkish roast, which yields a cup with notes of tar. At that point, the beans are almost charred.

Because the dark roast coffee beans have reached such a high temperature, all the oils from within appear at the surface, giving the beans a shiny appearance. The prolonged heat exposure has also taken most of the caffeine out of the bean.

As a result the typical espresso shot actually contains less caffeine than your average cup of medium roast Colombian coffee.

The bright, fruity flavors of its distant cousin the light roast are replaced with smoky, bittersweet, and almost bitter notes, making it the best roast for espresso.

Light Roast vs Dark Roast Coffee: The Pros and Cons

While every roast will naturally pair well with different dishes and desserts, dark roast vs light roast coffee each have their pros and cons.

For a quick rundown, here’s a table to illustrate the pros and cons of each.

How to Roast Your Own Beans

While pre-roasted beans are very convenient, you just never know how long they’ve been sitting on the shelf at the grocery store.

Did You Know? Coffee beans begin to go stale in as little as 10-14 days after roasting.

That’s why some people prefer to roast their own beans for the freshest cup.

It's not that hard and doesn't have to be expensive. Check out our guide to the best home coffee roasters for more info.

So, as promised, here is just one of the several ways you can roast coffee at home in your own oven.

Hopefully that answered all of your questions about light roast vs dark roast coffee!