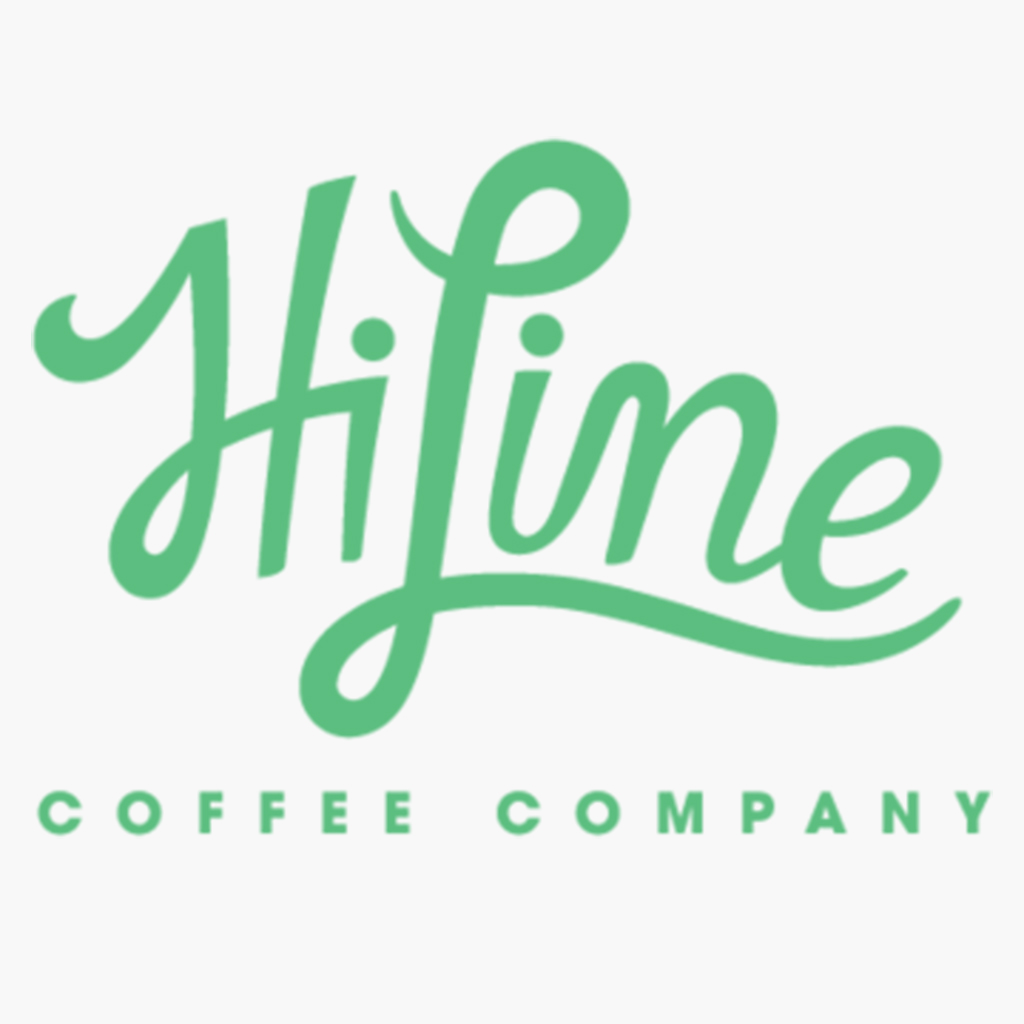 Key Features of the HiLine Coffee

Variety is the spice of life, and some days coffee is my life.

That makes variety in my coffee one the most important things to me.

For those like me, who want to see, taste, and experience everything, there’s no need to feel limited by the pod and capsule compatibilities of your Nespresso and Keurig coffee makers.

A small coffee company based in New York, NY, HiLine Coffee hasn’t been in existence for very long.

But in their short time, they have established themselves as one of the best alternatives to Keurig and Nespresso pods.

Is the HiLine Coffee for you?

Is HiLine Coffee for you?

HiLine Coffee is an artisan roaster known mostly for providing capsule and pod alternatives for both Nespresso and Keurig coffee machines.

If you’ve never tried HiLine Coffee Company‘s products, give them a go. It can be more difficult to justify paying up for their Keurig-compatible pods, but their prices on Nespresso-compatible capsules, whole bean coffees, and ground coffees will fit almost anyone’s price range.

I wouldn’t go so far as to purchase their cold brew-specific product — regular ol’ coffee beans will do just fine — but I encourage everyone support a small business like HiLine, who offers superior quality and dedication to the satisfaction of their customers.

Who Is HiLine Coffee?

HiLine's mission is to provide the freshest alternatives to Keurig and Nespresso pods.

Actually, the story of their beginning is one we can all relate to.

One fateful New York morning back in 2013, co-founder Gene Kakulin reached for his favorite Nespresso capsule only to realize they were all out! A resourceful New Yorker, Gene grabbed an empty capsule, filled it with his own ground coffee, sealed it with tin foil and brewed it in his Nespresso machine.

The resulting coffee was better and more aromatic than the Nespresso-brand capsules he’d grown accustomed to using.

Then Gene had his light bulb moment.

Why not create a business around providing fresh alternatives to the brand name capsule manufacturers?

That’s exactly what he did.

HiLine Coffee Company, Inc. opened for business that same year and has grown to employ over a dozen people with annual revenue grossing around $2 million. (That’s less than one-half of 1% of what Keurig did in 2015, so we’re talking about a legitimate small business here.)

HiLine delivers coffee pods which are roasted right before being shipped to you, making them among the freshest — if not the freshest — Keurig- and Nespresso-compatible alternatives out there.

Over the last 5 years HiLine has rapidly expanded, offering more products beyond pod coffees, and has positioned themselves as one of the leading alternatives to Keurig and Nespresso pods.

In The Coffee Maven’s opinion, HiLine Coffee is poised to continue their ascent.

Where Does HiLine Get Their Coffee?

What does that mean?

While science doesn’t definitively answer the question, “Why is high altitude important when growing coffee?” the general consensus seems to be that higher altitudes mean lower temperatures, according to Dr. Shawn Steinman, who actually holds his Ph.D in Coffee Science.

Coffee grown in lower altitudes and hotter temperatures tends to take on an intense “this tastes like plain ol’ coffee” flavor. Considering many of the best coffee growing regions are around the equator — where it gets sorta hot! — it makes sense that the cooler temperatures at higher elevations would lend themselves to more complex coffees with an array of delicate flavors.

Small lot farms are the agricultural equivalent of buying from mom and pop shops.

In doing so, HiLine supports the local economy and frequently gets a higher quality roast out of it.

However, because these small lot farms typically don’t have the resources of their larger competitors, they don’t have organic certifications. That doesn’t mean the coffees aren’t delicious and responsibly grown, it just means they don’t carry the Certified Organic designation. HiLine does try to work with farms that are Fair Trade or members of the Rainforest Alliance, though.

As noted in HiLine’s origin story, the company began out of a perceived necessity to improve the quality and freshness of pod coffee available on the market. To that end they’ve developed numerous varieties of Nespresso-compatible capsules to appeal to all palates.

As of this writing, they offer the following Nespresso-compatible capsules:

Note: All of the following capsules are Original-line compatible only. Read more about Nespresso VertuoLine vs OriginalLine.

Simply put, HiLine is one of the best Nespresso capsule alternatives.

Plus, HiLine’s roasts are fresher, and because the company is so picky when choosing partner farms that meet their high altitude, small lot criteria, HiLine capsules tend to be less intense, more flavorful and more complex.

Similar to the write-up on HiLine’s Nespresso-compatible pods, the company offers fresher and higher-quality roasts for both Keurig 1.0 and Keurig 2.0 machines:

HiLine pods are compatible with both original Keurig and Keurig 2.0 machines. This means if you have a Keurig model from the K200, K300, K400 or K500 lines, HiLine’s pods will work with your machine’s pod scanning technology.

In terms of cost, that’s the opposite of what we saw with HiLine’s Nespresso-compatible capsules. So, why would anyone buy HiLine’s Keurig-compatible pods?

Medium roasts are my favorite, and I think HiLine’s East Village roast is absolutely delicious. It’s probably in my top 3 K-cup roasts I’ve ever had. Still, the extra cost with HiLine’s pods is a little hard to swallow. At $146 per year that’s akin to buying a whole new Keurig machine every 12 months!

For those who want single origin, small lot roasts and want to support a small company like HiLine, I can’t recommend them enough. But if the extra cost doesn’t fit your bottom line, that’s completely reasonable.

All of these roasts, including the Union Square dark roast, are extremely smooth — a characteristic of coffees grown in those regions.

“Low key” is a great way of describing all 3 roasts below, and you can see from the tasting notes of each that nothing here is going to be overpowering.

These are the whole bean coffees HiLine offers:

The first two roasts sell for around $16 per pound, and the organic sells for $18.

Ready for something different?

HiLine’s ground coffees come in individually wrapped single serve packs! The accompanying image shows one of these packs. Why does HiLine package their coffee this way?

Recall the company’s mission statement from the introduction: to provide the freshest alternatives to Keurig and Nespresso pods.

OK, so the Nespresso and Keurig part of that doesn’t apply here (unless you use a reusable pod), but the freshness part does.

Coffee goes bad when exposed to oxygen, as the oils oxidize and turn rancid. The exact shelf life of coffee is of much debate, but I’ve heard people say you can detect a noticeable decline in flavor in as few as 15 minutes!

The point is this: It’s always best to grind your coffee beans immediately prior to use. In the case of ground coffee that’s not possible, so the next best thing is to do what HiLine has done here.

No, it’s not the best thing for the environment — that’s a lot of extra plastic — but the cost of individually packing their coffee packs isn’t overwhelming to the customer. These ground coffees can be had for around $14 per pound.

Similar to their ground coffee above, HiLine offers individually packed ground coffee packs for use in cold brew coffee. Each order comes with 4 packs, which makes 12 8 oz servings.

It’s still cheaper to go with whole bean or ground coffee, but for convenience and freshness the cold brew packs do quite nicely.

Cost analysis aside, this is what HiLine offers in the cold brew line:

In addition to their coffees, HiLine offers a few coffee-related accessories:

Honestly, not much to see here. You can find better stuff on Amazon.

HiLine Coffee emphasizes fresh coffee above all else, and it shows up in each of their product lines. Their beans are sourced from high quality, small lot farms at high altitudes in some of the best growing regions in the world and are roasted right before delivery. Even their ground coffee options are individually packaged to lock in freshness.

Their Nespresso-compatible roasts are less intense than Nespresso’s offerings and can be purchased at savings of around $0.15 per capsule. However, they’re compatible with OriginalLine machines only.

Their Keurig-compatible roasts are high quality as well and work with both Keurig 1.0 and Keurig 2.0 brewers, but they’re more expensive than Keurig’s own licensed K-cup pods and many other third party manufacturers.

Check out the HiLine Coffee!

No items found.
About The Coffee Maven