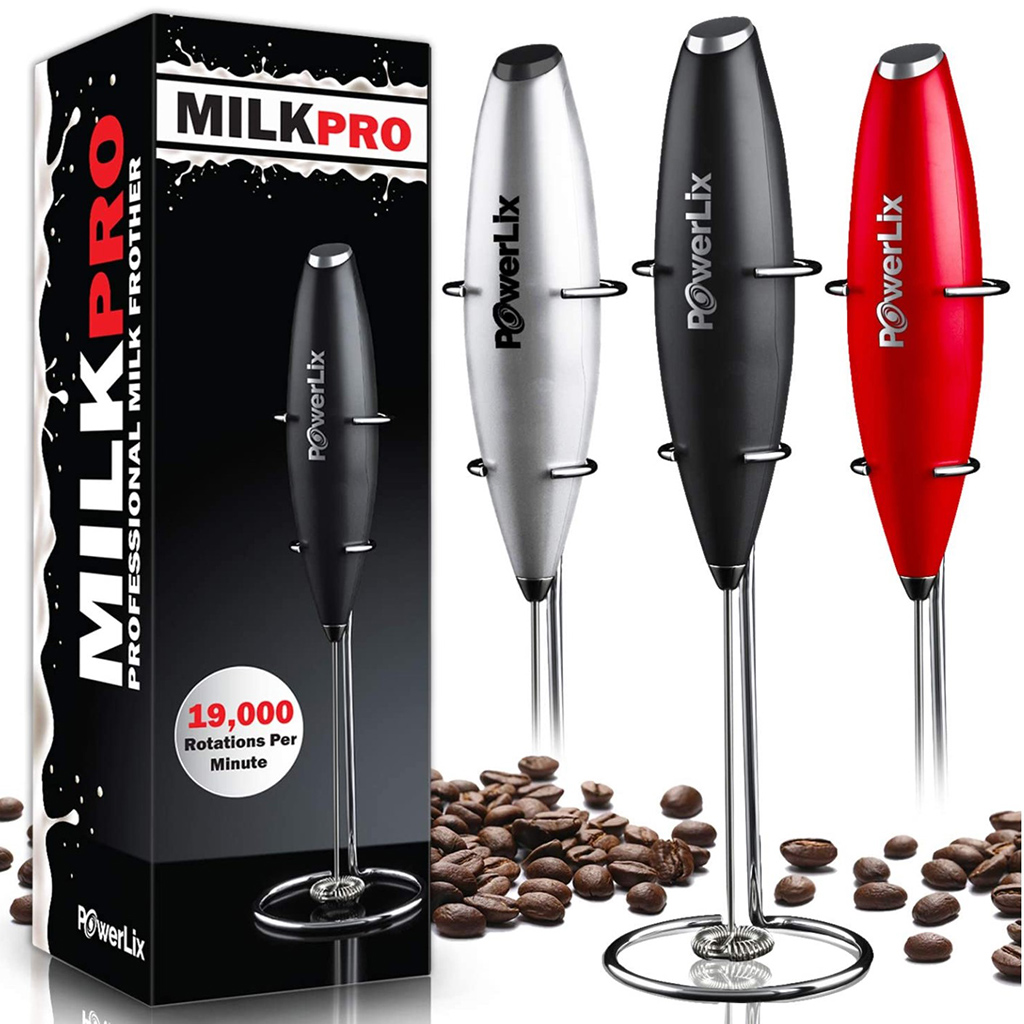 Taking a brief detour from the “push a button, froth some milk” machines, ranked 6th we have the PowerLix Handheld milk frother.

Here’s how it works:

It’s definitely more manual than any of the other milk frothers on our list, and for some home baristas the manual way is the preferred way.

The quality of the foam is also very reliant upon the skill of the user.

However, I still gave “Frothed Milk Quality” a B+ because even with the most skilled user, the PowerLix Handheld milk frother seemed to be lacking a little bit of power.

Powered by AA batteries, the convenience of being able to froth away from an electrical outlet is nice.

But after some use, the limited power it did have seemed to fade.

Toss in the 3 month warranty (why so short?) and you get a frother that I suspect you’ll have to replace fairly frequently.

I can hear you groaning over there.

“How can the PowerLix be considered one of the best milk frothers if you have nothing good to say about it?”

If a manual frother isn’t for you, take a look at one of the other models.

Is the PowerLix Handheld Milk Frother for you?

Is PowerLix Handheld Milk Frother for you?

More Reviews From The Coffee Maven

No items found.
About The Coffee Maven