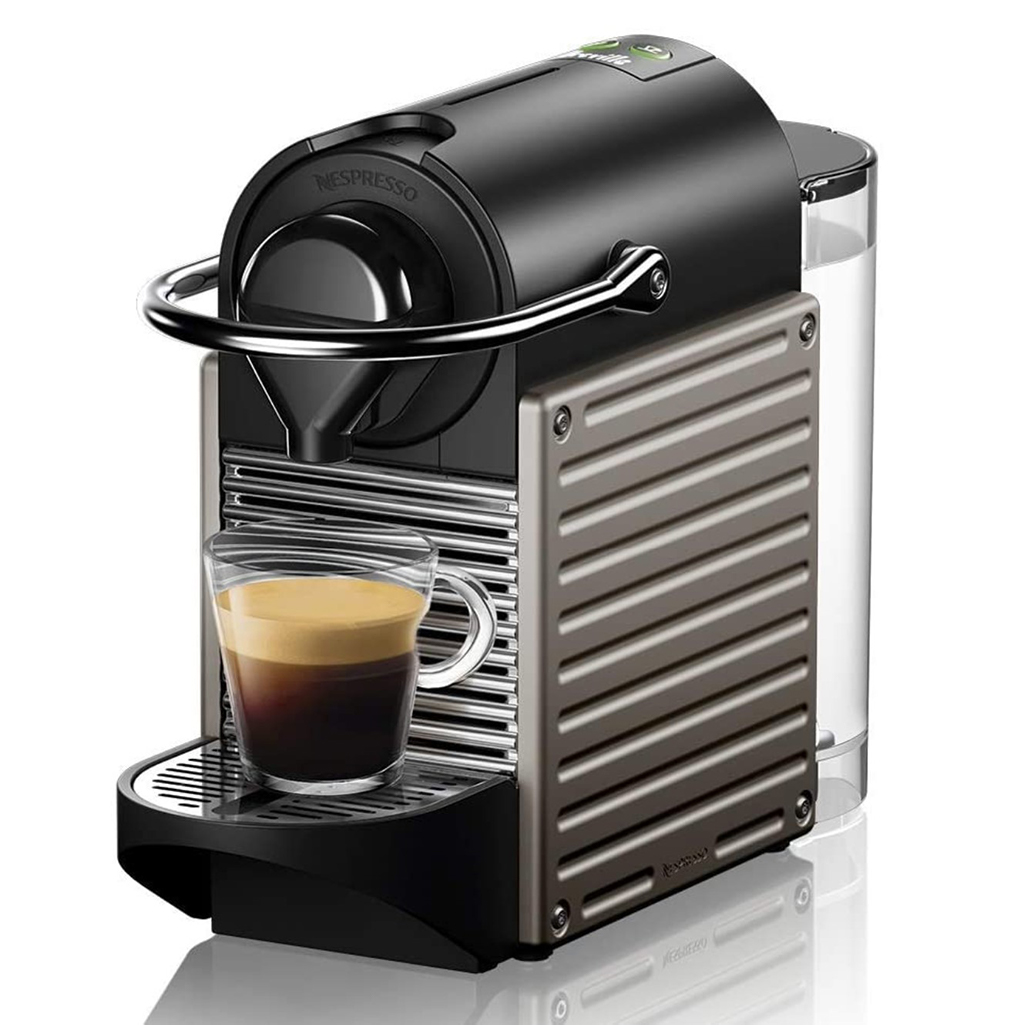 Key Features of the Nespresso Pixie

For our money, OriginalLine units are better than VertuoLine because their pump produces more authentic espresso, the resulting coffee tends to be hotter, and there's no barcode scanning system meaning you can find less-expensive pods from other roasters.

One of Nespresso's best-selling models, the Pixie is a touch more feature-rich than the uber-compact Essenza Mini with a pair of upgrades:

In terms of specs and performance, it's basically identical to the Inissia, except the Pixie has an aluminum exterior versus the Inissia's ABS plastic polymer housing.

Capable of brewing espresso and lungo shots from 1.35 oz to 3.70 oz, the machine has two brew buttons, which you can program easily to customize your shot size.

If you'd like to brew specialty beverages (like cappuccinos and lattes), you could always upgrade to the bundle or purchase the Aeroccino4 milk frother separately for your own home barista setup.

Is the Nespresso Pixie for you?

Are Nespresso Pixie for you?

The Nespresso Pixie is our top pick among all Nespresso models if you want convenient capsulized coffee without any fancy, unnecessary features. Put simply: The machine just works.

It doesn't have capsule-reordering buttons, WiFi connectivity, and integrated frother, or the ability to brew standard coffees.

What it does have is an awesome design and the ability to brew shot after shot of high-quality espresso from any type of OriginalLine compatible coffee capsule (including those not produced by Nespresso).

If you're looking for a similarly compact machine with more features and modern functionality, check out the Nespresso Essenza Plus.

If you're looking for a VertuoLine machine that can brew standard coffees up to 17 oz, similar to a standard coffee machine, check out the Nespresso Evoluo.

Who makes the Nespresso Pixie?

Nespresso owns the proprietary technology behind all of their brewers, but they don't actually manufacture them. Instead, four companies are licensed to make the machine:

Each manufacturer produces an espresso machine that performs exactly the same, though you may notice they look a little different. (Hint: Look at the side panels.)

What pods does the Nespresso Pixie use?

Our complete comparison of Nespresso OriginalLine vs VertuoLine covers all of the similarities and differences.

Our complete guide on Where To Buy Nespresso Pods will help you score the best deals.

How to use the Nespresso Pixie

The Nespresso Pixie machine is extremely simple to use with a simple brewing process:

That's it—I told you it was easy to use.

There are two answers to this question:

The Pixie won't deliver the same espresso quality as a high-end coffee shop using freshly ground coffee and a professional machine, but it does better than you'd expect from an affordable espresso maker that emphasizes convenience.

True espresso snobs will tell you that any pod-based espresso maker doesn't make a true shot of espresso, which requires the following three criteria to be met:

Technically, the Nespresso Pixie fails on all of those fronts:

Our full guide—What Is Espresso?—has more information on official espresso terminology and definitions.

Overall, the Nespresso Pixie's shots are a rather impressive example of espresso quality for a pod-based espresso machine. If it's good enough for high-end Italian hotels and restaurants—don't let the snob who wrote that article convince you otherwise—it's good enough for at-home espresso enthusiasts like you.

What beverages can I make with the Nespresso Pixie?

The machine has two buttons for both espresso and lungo shots using OriginalLine coffee capsules. By default, you can brew two beverages:

It doesn't have an integrated milk frother for cappuccinos, lattes, and other specialty beverages like Nespresso Lattissima and Nespresso Creatista models, but you can purchase an Aeroccino frother separately or look for a Nespresso Pixie bundle, which includes both the espresso machine and milk frother.

If you like to drink the occasional long coffee, you can brew an Americano (espresso plus hot water). The Pixie doesn't come with a default button for Americanos like the Nespresso Essenza Plus does, but you can easily program either (or both) of the two buttons on the machine to set up your own Americano system using your favorite Nespresso capsules or other OriginalLine coffee capsules:

In between pressing both buttons, just eject the capsule so you don't re-run water through the spent coffee grounds. That would result in a more bitter cup of espresso.

If you're making milk-based beverages, Americanos, or other drinks with more volume than a typical shot of espresso, you can remove the drip tray to accommodate taller mugs. When it's time to brew a standard shot again, reinsert the drip try to elevate your cup and prevent splashing.

Can I brew a regular cup of coffee with the Nespresso Pixie?

No, the Nespresso Pixie espresso machine doesn't let you brew a full-sized cup of coffee like Keurig coffee makers. However, you can brew an Americano, which has around 5 oz of volume and is similar to a small cup of coffee.

How quiet is the Nespresso Pixie espresso machine?

The Nespresso Pixie is reasonably quiet for a pod coffee maker. It's quieter than a Keurig coffee maker and larger Nespresso espresso makers, but you can still hear its motor running from the other room while it pulls a shot of espresso. If you want the quietest Nespresso machine, check out the Nespresso Essenza Mini.

What other features should I know about the Nespresso Pixie?

Good question. There are several other features that every Nespresso Pixie review should mention:

Why choose the Nespresso Pixie over other pod espresso machines?

Check out our Nespresso Machine Comparison to see specs for each capsule-based espresso maker.

Check out the Nespresso Pixie! 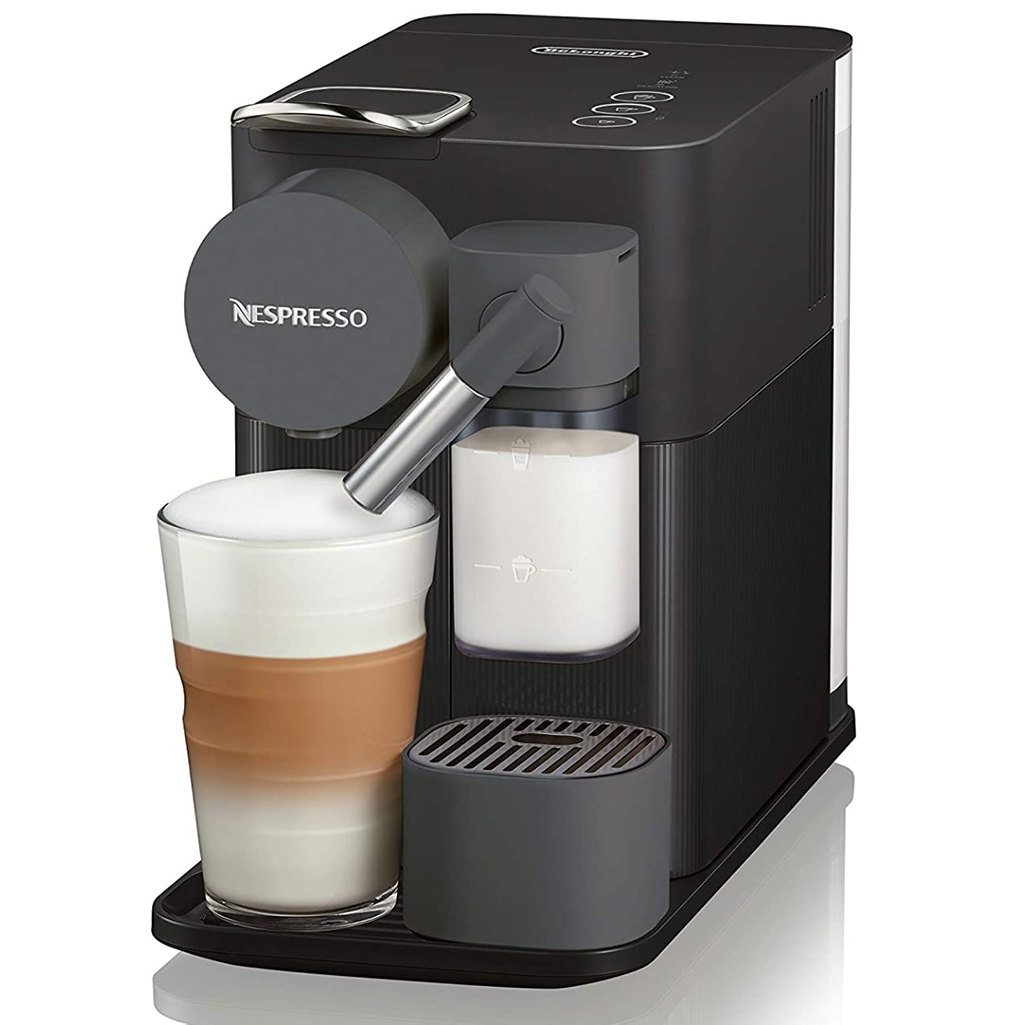 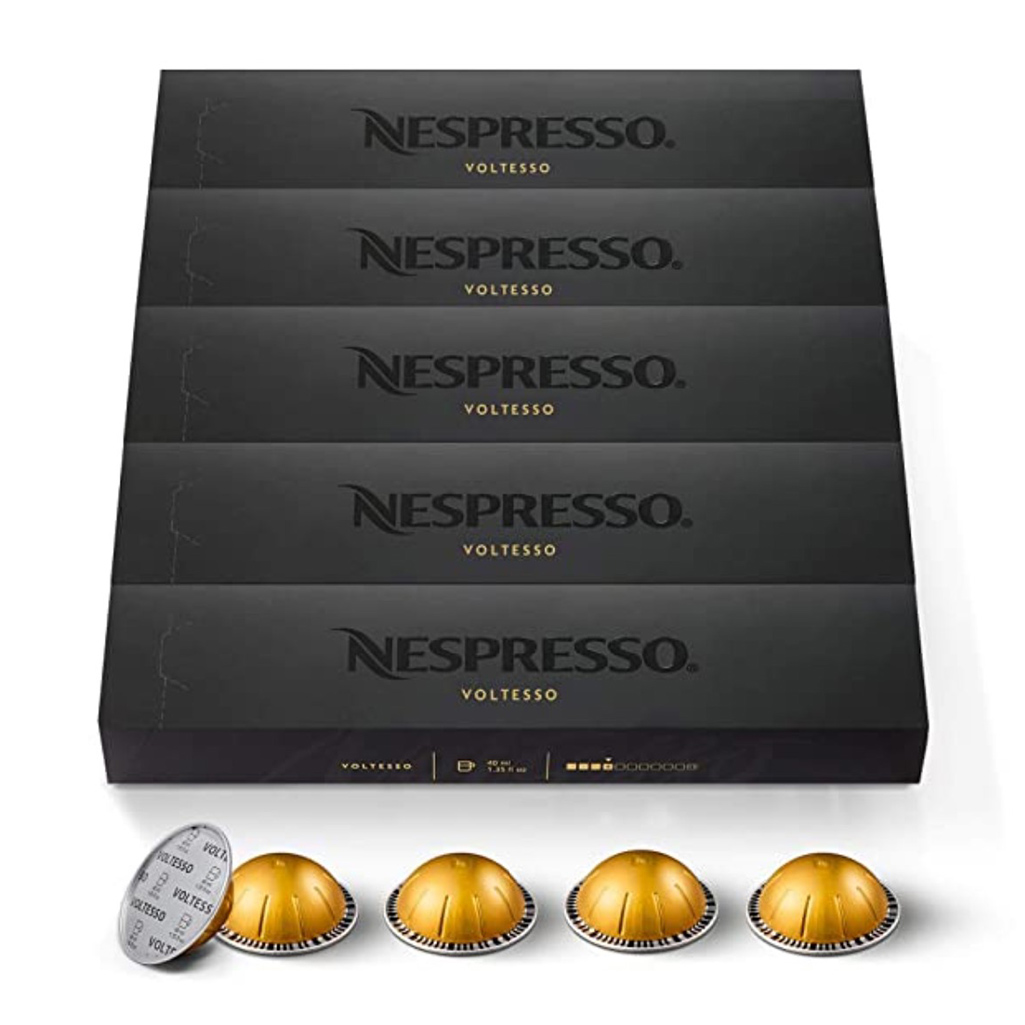 Overall Rating: 91
Voltesso (Espresso, Intensity: 4) is a light and sweet blend of Brazilian and Colombian Arabica beans that stands out from the other espresso capsules for its less intense profile.
Learn More → 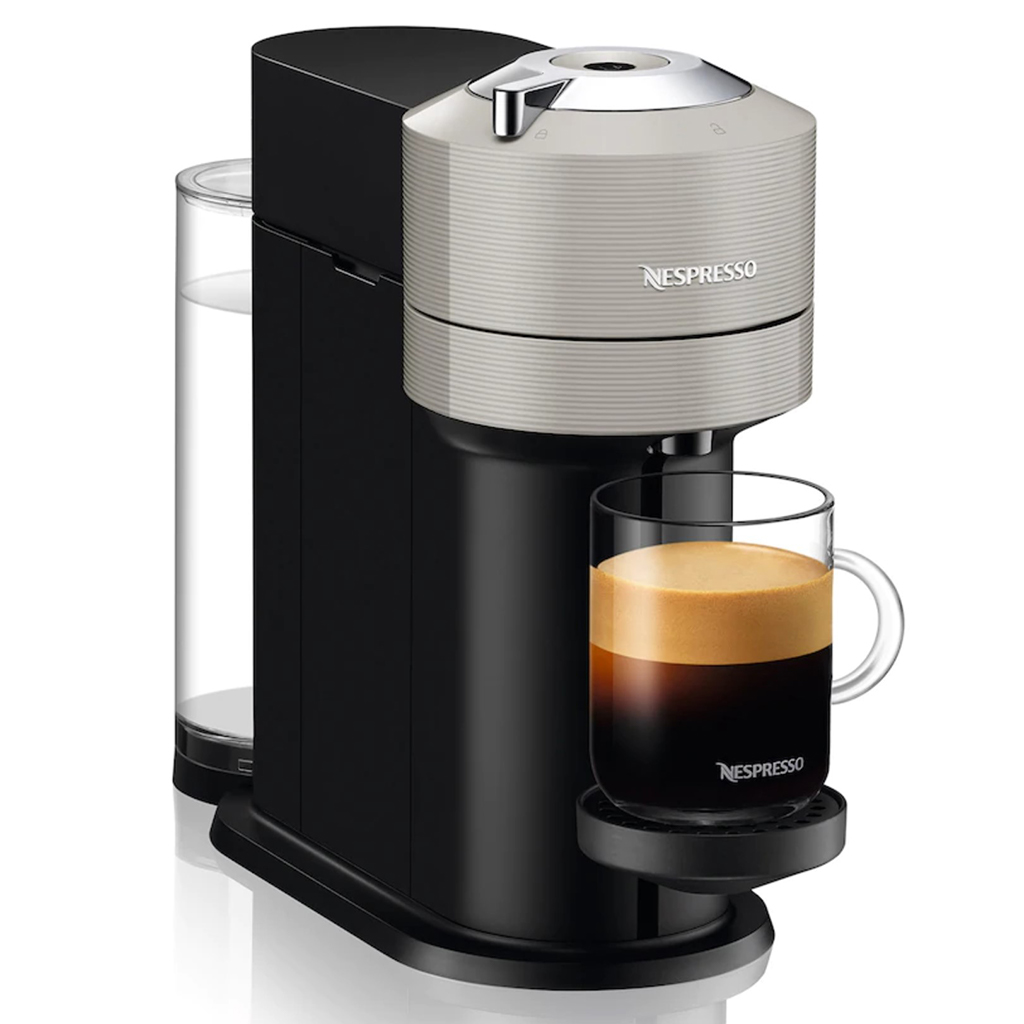 Overall Rating: 85
The newest and slimmest addition to Nespresso's VertuoLine series, the 5.5" wide Vertuo Next has the smallest reservoir (37 oz) and longest heat-up time (25 sec) but delivers the same coffee in a compact unit.
Learn More →
About The Coffee Maven